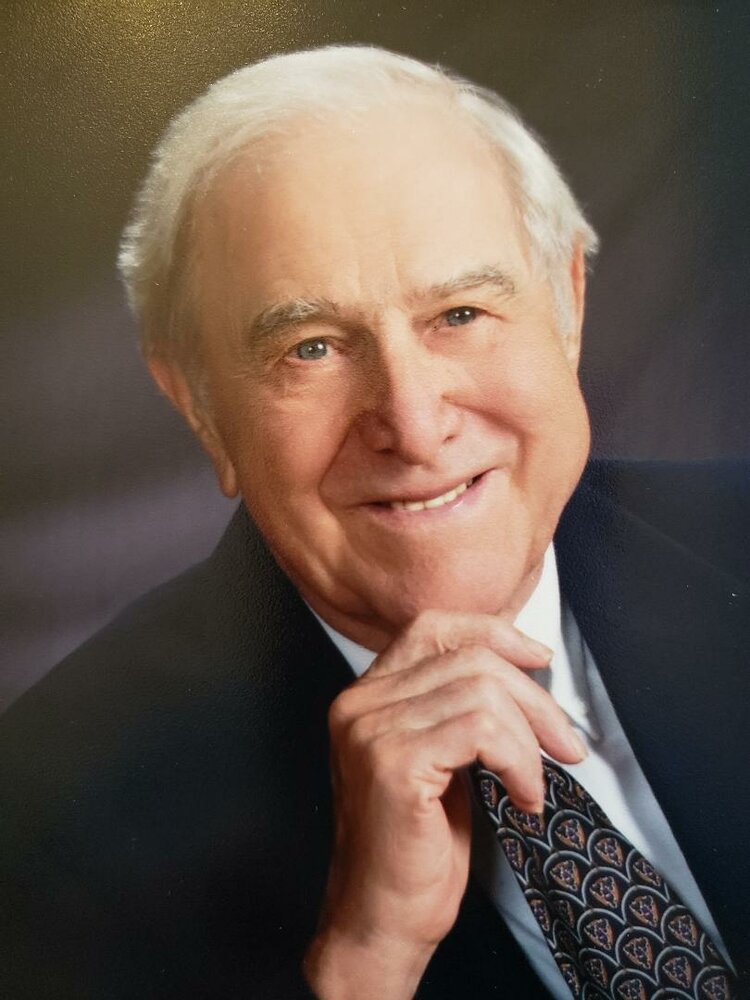 Leon Sachenik, age 95, passed away peacefully on May 3, 2022.  He was the beloved husband of Mary Ann (nee Kowalczyk) Sachenik whom he married on February 16, 1957.  Leon was the loving father of Dr. Michael (Pamela) Sachenik, and Camille Talkington.  He was the dear brother of Edward (Leila) Sachenik , Joseph Sachenik, the late Arthur (Marianne) Sachenik and the late Alice Sachenik.  Leon cherished his five grandchildren: Matthew, Daniel and John Sachenik; Anne Marie and Mary Elise Talkington .

Leon proudly served in the US Army Air Force during WWII.  He enlisted in the Army Air Corps in November of 1944 at the age of 17.  After passing his medical exam, he was able to postpone active service until after he graduated from high school.  On July 1, 1945, Leon reported to Fort Dix and was later assigned to Keesler Air Force Base in Mississippi for basic training.  His next stop was to a B-24 Bomber school as an engine and airplane mechanic.

When Japan surrendered, Leon was released from war-time service and was able to re-enlist in the peace-time army for two years.  In January 1946, he was sent by troop ship to Le Havre, France followed by Istress Air Base in southern France for more engine training.  Following his time in France, Leon went to Lekfeld Air Base in Bavaria, Germany that was attached to the 8th Army Air Corps 422 Bomber Squadron – 305th Bomber Group, to work as ground crew on Flying Fortress B-17 bombers.

By the end of 1947, the military was down-sizing and his group was returned to Fort Dix to be discharged with the rank of PFC.  Leon was awarded the Army of Occupation Medal and the World War II Victory Medal.

Leon returned to civilian life and enrolled in the University of Buffalo, under the GI Bill of Rights.  He earned a degree in Business Administration in June of 1950.  After working in a furniture business for many years, he became the owner-operator of Leon’s Eden Valley Furniture in 1977.

In 1959, Leon joined the Council 2220 Knights of Columbus in Hamburg.  After going through all the chairs, he was elected Grand Knight and served two terms.  He was also on the Board of Directors and served as President for three years.  In 1960’s he was a member of the Hamburg Rotary Club.  In 1979, Leon joined the American Legion, Post 527.  He greatly enjoyed his membership and Legion activities.  Leon was also an alternate delegate to the Erie County American Legion.  Lastly, he was a member of the VFW Post 1419.

Friends may call at the Donald M. Demmerley Funeral Home, 21 Pierce Ave. Hamburg, NY on Friday from 2-4 PM and 6-8 PM.  A Mass of Christian Burial will be celebrated on Saturday at 10 AM at SS Peter & Paul RC Church, 66 E. Main St. Hamburg, NY.  Please assemble at the church.  Flowers are gratefully declined.  Memorial contributions can be made to Hospice of Buffalo or SS Peter & Paul RC Church.  Please share condolences at www.demmerleyfuneralhome.com

To send flowers to the family or plant a tree in memory of Leon Sachenik, please visit Tribute Store
Print
Friday
6
May