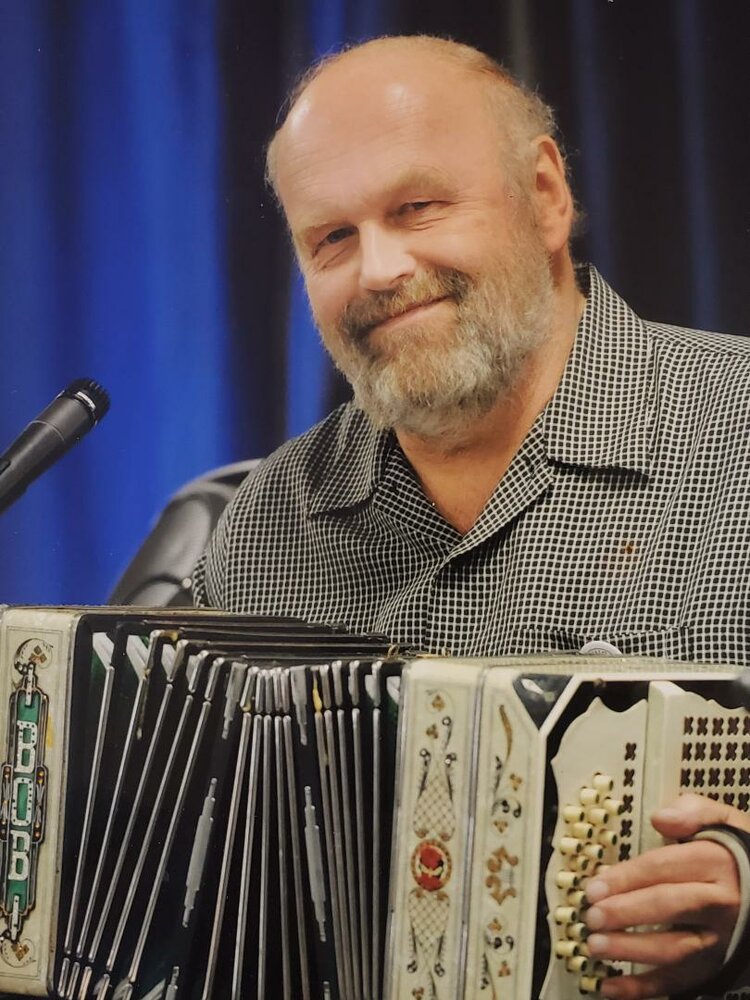 Please share a memory of Robert to include in a keepsake book for family and friends.
View Tribute Book

What about Bob? Certainly there is a lot more to his story.

completed his high school education at Burgard High School  where he studied Auto Mechanics. He

perfected his skills as a precision grinder. Bob was employed at Westinghouse and most

recently retired from Curtis Screw Company, Inc. In the late 1960’s, the Vietnam War was raging and

Bob answered the call of duty proudly served his country in the US Army.

were married and were only months shy of celebrating their 35th wedding anniversary. He was a devoted

family man and was especially proud of his three grandchildren: Hannah, Brandon and Joey. Bob worked

hard supporting his family, but he also knew how to have fun. He was a talented musician and song

writer. He played the concertina with the Concertina All Stars for over 20 years. He was a member of

the Knights of Columbus and the Polka Booster Club. He loved to talk with people and as a result, he had

many, many friends. Bob had a pleasant disposition, was happy, loved to joke around and was always

ready with a funny story to share,he also enjoyed traveling. And of course, Bob was an avid

During his recent illness, Bob kept a positive attitude. He never complained and was always very

appreciative for everything that was done for him. Bob was never afraid to leave this world. He has

always been close to God and looked forward to being with Him some day. He will miss the entire

family with all the new babies that have recently been born. He hoped the world will change for the

better, so everyone will have a chance to experience the many wonders life has to offer as he did.

A man was preparing his wish list, knowing that he didn’t have long to live. He told the funeral director

what he wanted to wear, what songs to play, where he would like to be buried, etc. And then asked him

to put a fork in his coffin. The funeral director looked confused and said, “Did you say fork?” He said

yes. I remember when I was a child going to my Grandmother’s house for dinner and after we had a

delicious meal, she would always say, “Save the fork!” That could only mean one thing, the best is yet to

come (dessert). So when you see the fork, it means this life was good, but the best is yet to come

To send flowers to the family or plant a tree in memory of Robert Zielinski, please visit Tribute Store
Print
Saturday
19
November

Look inside to read what others have shared
Family and friends are coming together online to create a special keepsake. Every memory left on the online obituary will be automatically included in this book.
View Tribute Book
Share A Memory
Send Flowers